A Favorite Poet "The Journey"

Above the mountains
the geese turn into
the light again
painting their
black silhouettes
on an open sky.
Sometimes everything
has to be
inscribed across
the heavens
so you can find
the one line
already written
inside you.
Sometimes it takes
a great sky
to find that
first, bright
and indescribable
wedge of freedom
in your own heart.
Sometimes with
the bones of the black
sticks left when the fire
has gone out
someone has written
something new
in the ashes
of your life.
You are not leaving
you are arriving.

Where do justice and peace kiss?

This became a new prayer for me last night when under some stress from various directions: A new reminder that peace isn't always passive or easy and yet the work must itself lead to peace:

We have to run into peace.


What is born of God

and runs into peace.


The person who runs and runs,

is a heavenly person.

and in their running

that God ever worked

in any creature is compassion.

the first outburst is always compassion.

The highest work that God ever works is compassion.


from Meister Eckhart via translation work by Matthew Fox in the centering book:
"Meditations with Meister Eckhart" pp 108 & 109 The front of the book has this Eckhart quote: "The path is beautiful and pleasant and joyful and familiar"

The King of Time by Rainer Marie Rilke 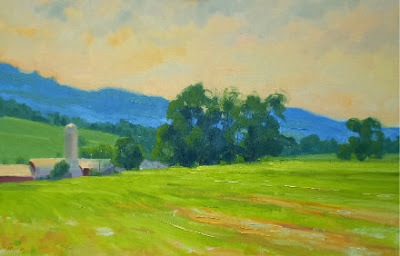 "And God said to me, Paint:

Time is the canvas
stretched by my pain:
the wounding of woman,
the brothers’ betrayal,
the city’s sad bacchanals,
the madness of kings.

And God said to me, Go forth:

For I am king of time.
But to you I am only the shadowy one
who knows with you your loneliness
and sees through your eyes.

My eyes already touch the sunny hill.
Going far ahead of the road I have begun.

(So we are grasped by what we cannot grasp;
it has inner light, even from a distance--
and charges us, even if we do not reach it,
into something else, which, hardly sensing it,
we already are; a gesture waves us on
answering our own wave.)

René Karl Wilhelm Johann Josef Maria Rilke (German pronunciation: [ˈʁaɪnɐ maˈʁiːa ˈʁɪlkə]), better known as Rainer Maria Rilke, was a Bohemian-Austrian poet. He is considered one of the most significant poets in the German language. His haunting images focus on the difficulty of communion with the ineffable in an age of disbelief, solitude, and profound anxiety: themes that tend to position him as a transitional figure between the traditional and the modernist poets. He wrote in both verse and a highly lyrical prose. Among English-language readers, his best-known work is the Duino Elegies; his two most famous prose works are the Letters to a Young Poet and the semi-autobiographical Notebooks of Malte Laurids Brigge. He also wrote more than 400 poems in French, dedicated to his homeland of choice, the canton of Valais in Switzerland.

(Especially for a painter/writer/mystic soul-mate far away
and for a batik-painter soul-mate closer by.) 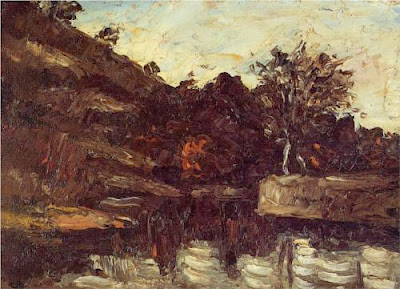 This is the way that autumn came to the trees:
it stripped them down to the skin,
left their ebony bodies naked.
It shook out their hearts, the yellow leaves,
scattered them over the ground.
Anyone at all could trample them out of shape
undisturbed by a single moan of protest.

The birds that herald dreams
were exiled from their song,
each voice torn out of its throat.
They dropped into the dust
even before the hunter struck his bow.

Oh, God of May, have mercy.
Bless these withered bodies
with the passion of your resurrection;
make their dead veins flow with blood.

Give some tree the gift of green again.
Let one bird sing.

(Translation by Naomi Lazard whom some have said did brave and lonely work p. 73,
"The True Subject: Writers on Life and Craft" Edited by Kurt Brown)


Easy to see why his poetry is still alive...(both on a personal level as well as an international level.)

Hard to figure him out...

A challenge for ALL the diverse groups whom he represented or groups he was so sure belonged to them body and soul. Yet he seemed to often challenge each and all...even when they awarded him...even in his award speech(es).

I post him here because it is the end of Autumn in America/ the beginning of Winter (in more ways
than one) and this poem has much to say to us who still call ourselves Americans of any party, race or religious affiliation -- especially we who call ourselves writers. Are we up for the challenge? Is it too late? Is it ever too late?

Despite being repeatedly accused of atheism and of being allied to various groups and leaders with feet and feat of clay, his poetry suggests a more nuanced relationship with religion, traditions and politics than may even yet be understood.

For example, he was greatly inspired by both secular poetry and South Asia's Sufi traditions.

He was publicly honored by the Pakistan Government after his literary work was publicly endorsed and posthumously honored him with nation's highest civil award, Nishan-e-Imtiaz, in 1990. Yet, he was sent to prison and also exiled for years by his nation's decisions.

While I claim no strong alliance with this poet -- in fact, I found this poem just yesterday for the first time.

I decided to post this poem of his today -- just before reading that his death anniversary was just commemorated.

Maybe others will see something in this poem which speaks to universal loss? Perhaps another who finds this poem here will also be in some way helped by such beautiful sorrow and vow once more to
help/let one bird to sing?

(Image above is Cezanne's "A Bend in the River" which is in the public domain.)

Below in comments I may attempt to offer a few practical challenges (and possible actions) for our time which in the first case has implications between Americans and Pakistanis. 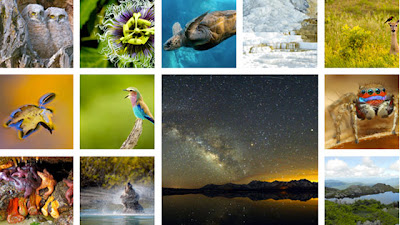 For the "in charge" people in my life:

At times we are hidden, at times revealed;

We are Muslims, Christians, Jews; of any race.

But every day we wear a different face.

Recently, one of the most important people in my life wept for a second time when I read the poem below to him. "Zero Circle" is found several places and this version I posted was not attributed to any one "translator". (I'd love to find it in the Persian and English by a Persian translator of Rumi if anyone has that?) Some who work with Rumi, The Enneagram (see below) and with the Socio-Psychology growth and harmony of groups have assigned this poem to the number EIGHT of the Enneagram. Yet, I suppose this state of being dumbfounded and not knowing where to turn is likely to most of us some of the time.

Be helpless, dumbfounded,
Unable to say yes or no.
Then a stretcher will come from grace
To gather us up.

We are too dull-eyed to see that beauty
If we say we can, we’re lying.
If we say No, we don’t see it,
That No will behead us
And shut tight our window onto spirit.

So let us rather not be sure of anything,
Besides ourselves, and only that, so
Miraculous beings come running to help.
Crazed, lying in a zero circle, mute,
We shall be saying finally,
With tremendous eloquence, Lead us.
When we have totally surrendered to that beauty,
We shall be a mighty kindness.
**********

NOTE: I have found The Enneagram to be highly useful for transparency, peace, cooperation and understanding in various types of communities, relationships and even for the individual seeking maturity by self.

Below are a few book suggestions:

Anything on the Enneagram by Richard Rohr

The Enneagram in Love and Work by Helen Palmer

( The photo collection above is from: The Nature Conservancy and at my.nature.com )

A Poem for Writers and Readers

Readers & writers alike could be helped by reading this poem when assessing the value and benefit of a work of art:

The world stands out on either side.
No wider than the heart is wide;
Above the world is stretched the sky
No higher than the soul is high.

So often readers are missing almost anything of value...

The writing is often skilled yet only helpful as an example of a narcissistic voice. In context this could be useful indeed...yet only in the whole of an author's work.

While I appreciated the honing in on the human and the fallible aspects of everyone there often seems to be no room for any sort of mystery, miracle or wonder as a final conclusion to many pieces I read due to as assignment or what's offered by a group.

If we as readers are incentivized by the first of a larger body of an author's work we often must needs find that mystery, wonder is also included. Problem is I am not inspired to spend precious time exploring more if this is the first view I get of a writer's work. 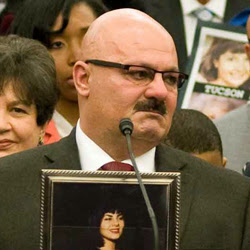 The latest from MAYORS AGAINST ILLEGAL GUNS

From Elvin: Last October, my sister Zina was shot and killed by her abusive estranged husband, even though she had a restraining order against him.

A criminal background check would have stopped her murderer from buying a weapon, but he simply avoided one by going on the internet and finding a private seller at Armslist.com.

Domestic abusers like my sister's murderer tend to become more dangerous after a victim leaves or seeks a protective order against them -- which is why federal law prohibits them from buying guns. But loopholes in our laws make it too easy for them to get their hands on guns -- it's time for Congress to take action to prevent this from ever happening again.